Over the past few years, Grist has morphed from a tightly focused, policy-minded environmental news outlet into a powerful media brand cultivating a rapidly growing, highly devoted audience. In other words, Grist is becoming the kind of brand that strives to bring with it that often-elusive feel of relevance mixed with serious urgency. It’s the kind of aura that brand managers dream about. So how did this media non-profit learn to punch well above its weight?

Brand-building often conjures up thoughts about great visual design. Beautifully kerned fonts, smooth graphics and cucumber-cool copy seem to be what it’s all about. While that might be true some of the time, when you’re trying to do what non-profit media company Grist has set out to do—that is, transform how the world understands the environment and its intersection with key issues like equity and racial justice—good design is not enough. Not by a long shot. 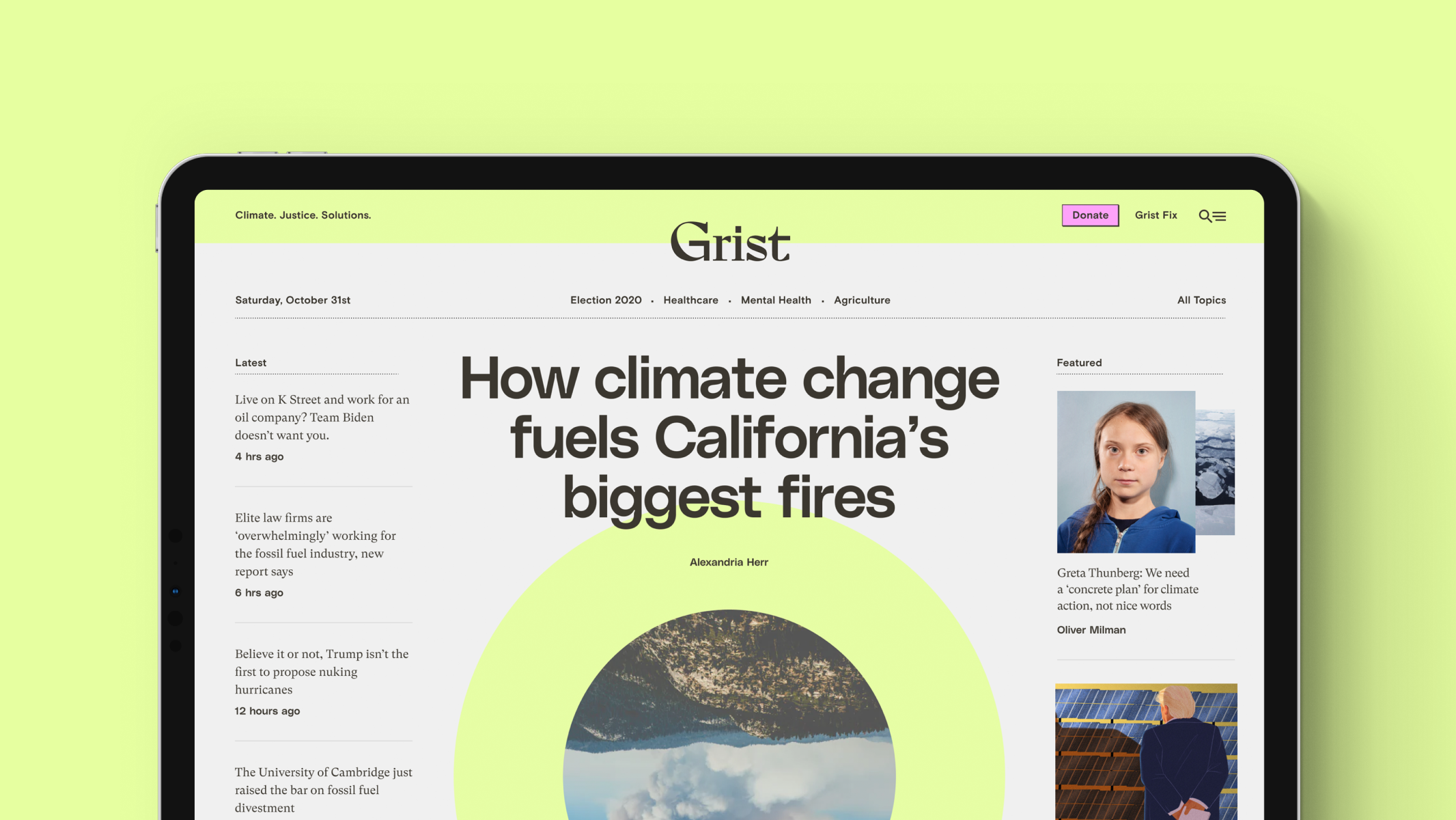 How Grist, the non-profit, environment-focused newsroom, came into its own

A founding that evolved Grist launched in 1999 as a pioneering digital publication focused on covering the environment and climate. Over the next two decades, it hewed closely to its mission, building a loyal readership and (just as importantly to its non-profit model) nurturing a base of donors who believed that its mission of opening readers’ eyes to a looming environmental disaster was of critical importance. But in 2017, as it became clear that the climate crisis could only be solved by recognizing its overlap with racial and gender justice movements, Grist knew it needed to up its game. The outlet tapped Brady Piñero Walkinshaw, a former Washington state legislator, as its CEO to lead the effort. Energized by his mandate, Walkinshaw quickly set to work. What he understood from his days in politics was that a great cause-driven brand would be all about telling the right story to the right community. He felt this was less about buying eyeballs and more about doing the kind of gritty base-building he had helped pull off in the statehouse. 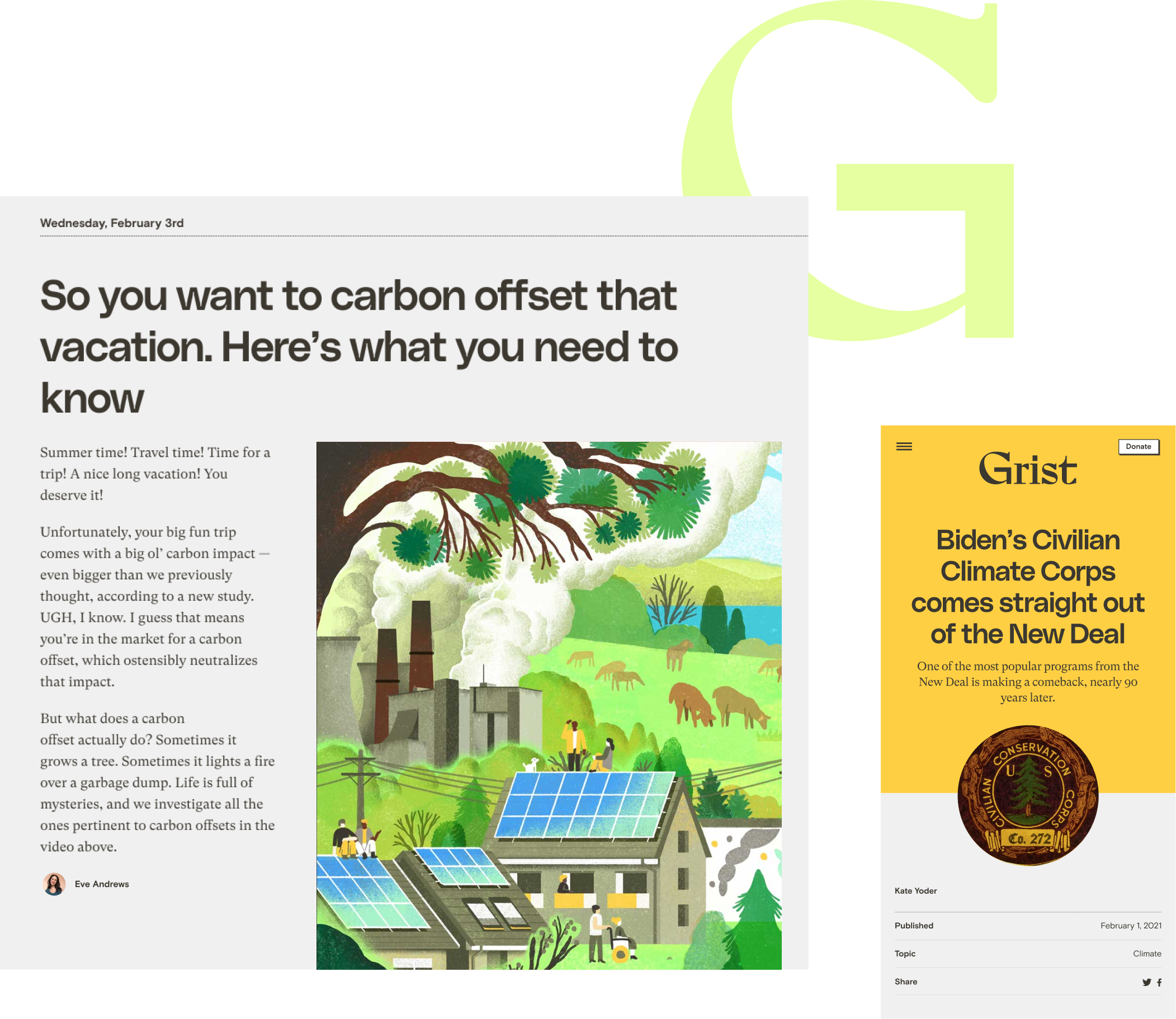 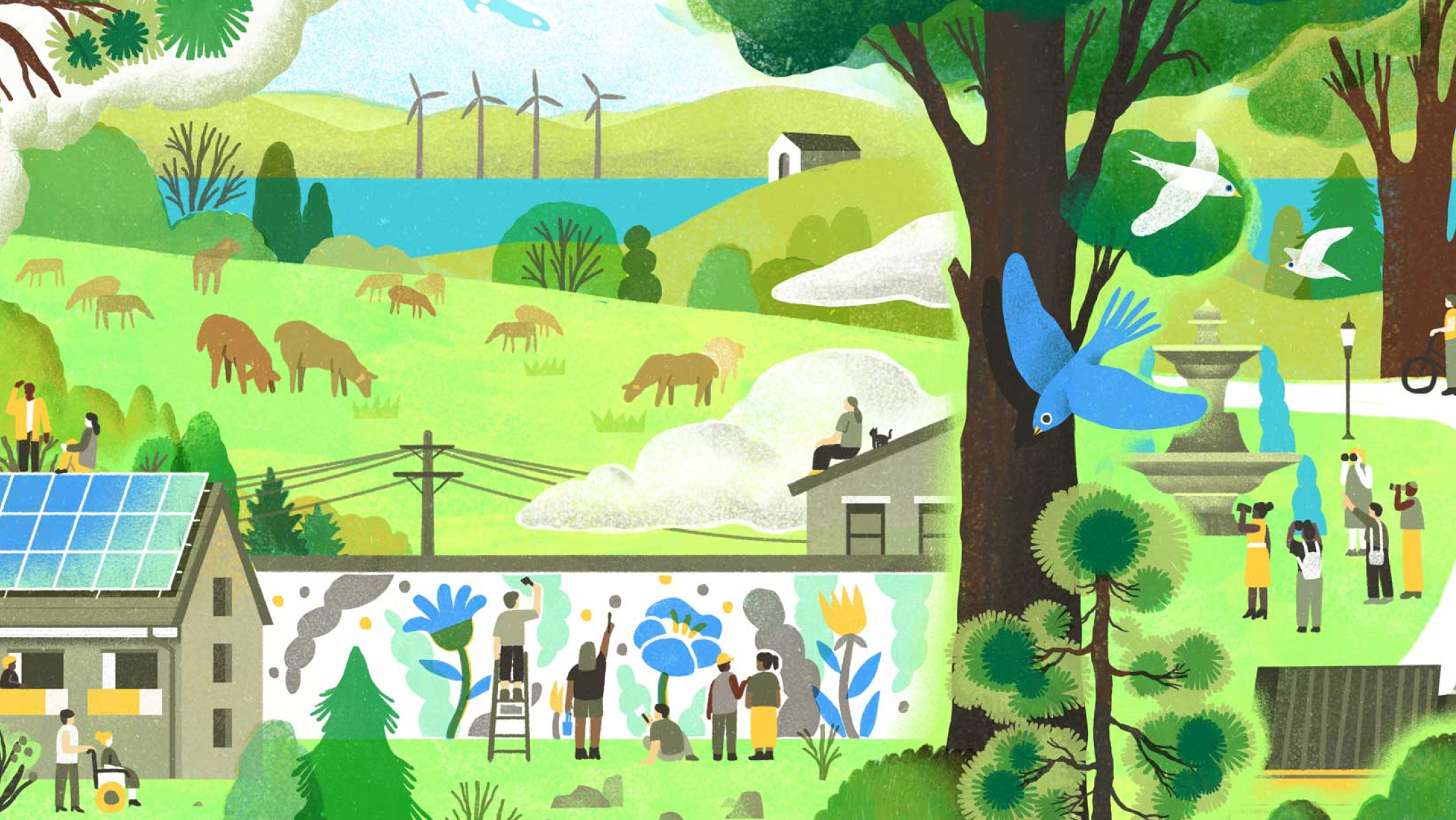 Inspiring action for the future

A central part of this would be shifting Grist’s focus from raising awareness about climate change to inspiring action for a better future. The community Walkinshaw wanted to build would be aspirational, engaged and looking not just to consume content but to participate as well. To this end, Grist doubled down on its mission by elevating solutions, exposing inequity and empowering its audience to make a tangible difference starting today.

With this new editorial focus in place, Grist began creating a slate of new priority programs. This would include the following:

These initiatives were the kind of thing that would create a social gravity pulling constituencies towards the brand. And as the Grist community grew, so too did its digital audience. By April 2020, the outlet’s website saw 1.6 million unique users. Its revenue began to rise as well. At a time when most media outlets were slashing budgets, Grist notched double-digit revenue increases every year for the past three years.

But with this much at stake Grist also understood that it had to be proactive about telling its story. When the outlet hired New York-based media specialist agency High10 Media to lead its communications strategy, Grist was in the early stages of its pivot. With High10 Media’s communications heft, Grist’s leadership managed to communicate the vision behind its shift—as well as the significance of each achievement along the way—to the right audiences at the right time, whether it be media reporters, environmental groups or news consumers.

The culmination of all this work was the redesign of Grist’s visual brand: Upstatement, a digital product studio that’s worked with NPR, PBS, Bloomberg and MIT, created a visual language for Grist that could envelope the community and express the cause-driven ethos that has powered Grist’s rise. While some brands might have seen the rebrand as a jumping-off point, for Grist it’s more of a culmination of decades of doing the hard work.

Despite its achievement of crafting an impactful media brand in an economic environment often described in terms of crisis, Grist still views the future as a whole new brand, community waiting to be built.